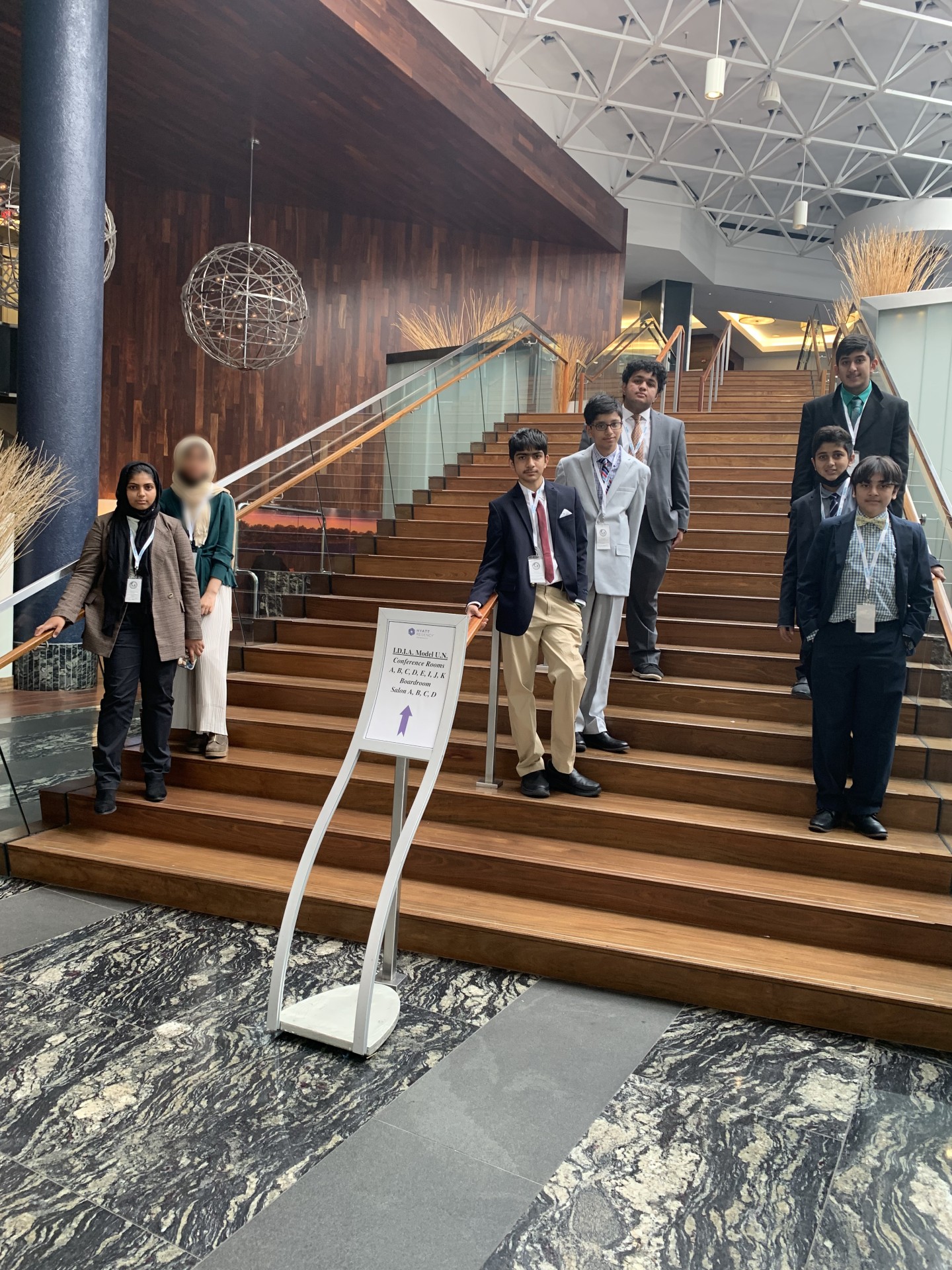 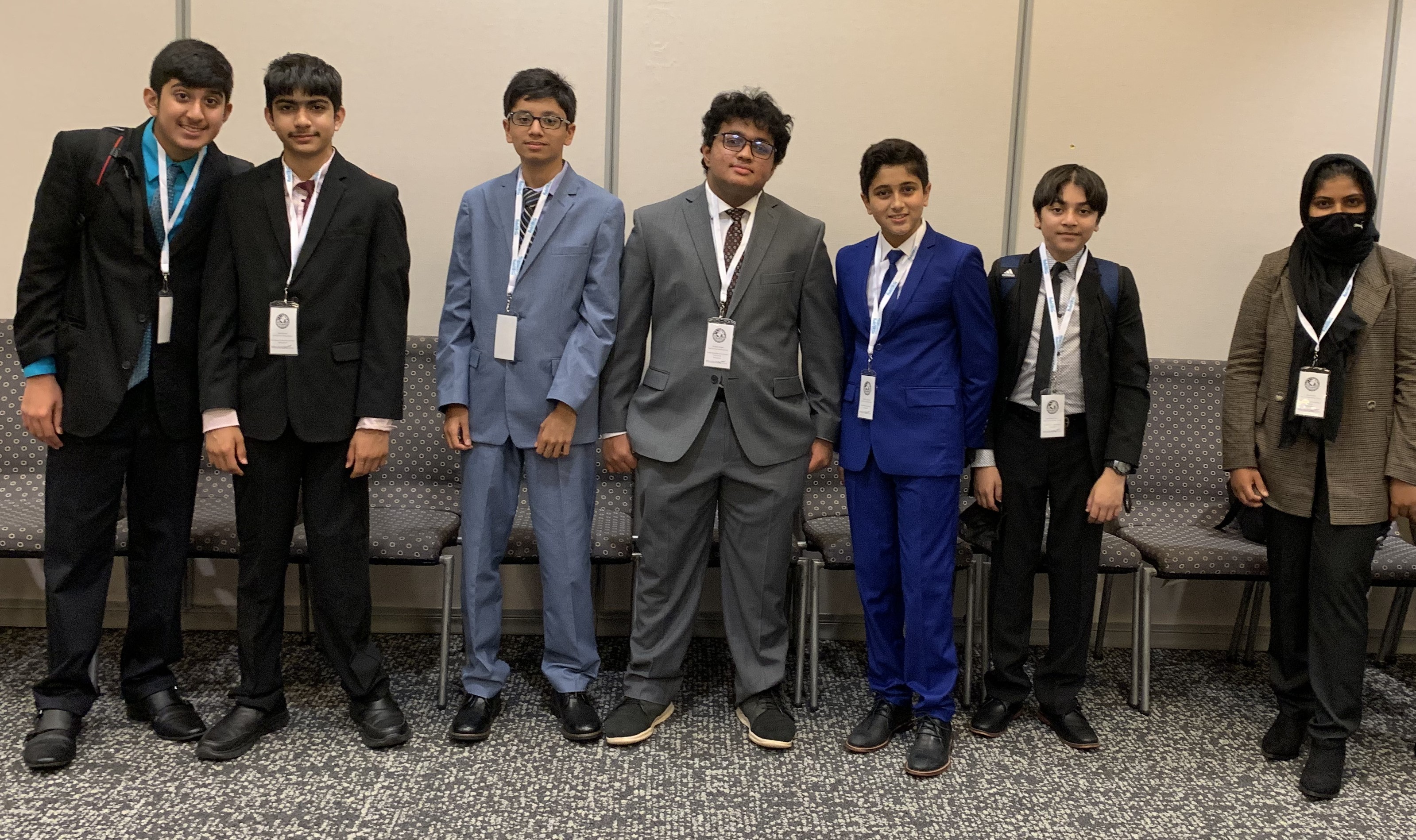 Congratulations to the hardworking delegates of the Middle School Model United Nations Team (MSMUN)! This past week our members competed at 2 different Model United Conferences:

On Thursday, November 18, 2021 to Sunday, November 21, 2021, the following 8 members of our team competed at the Rutgers Model United Nations Conference, held at the Hyatt Regency Hotel, sponsored by the Institute for Domestic & International Affairs.

On Saturday, November 20, 2021, the following 7 members of our team competed at the Best Delegate Model United Nations Conference, sponsored by Best Delegate.

Model United Nations is an academic simulation of the United Nations where students play the role of delegates from different countries and attempt to solve real-world issues with the policies and perspectives of their assigned country. These students represented the NUI Middle School proudly at these conferences. The students collaborated with middle school and high school students from all over the state of New Jersey, to debate and create a resolution to address global issues such as Protecting Endangered Species, the Refugee Crisis, Rights of Activists, Addressing Debt in Developing Countries, and Assuaging the Impact of International Sporting Events.